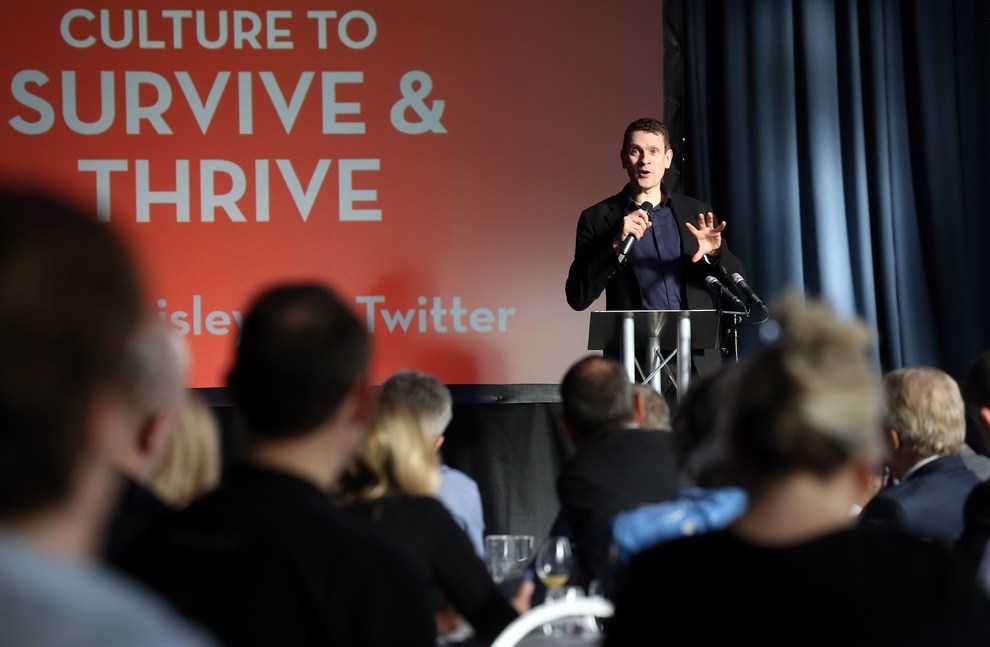 Get Digital – Survive or Thrive

Representatives from EIC and BTC were in attendance at Get Digital – Survive or Thrive – an event held at Enginuity in Coalbrookdale by the Marches Growth Hub.

The event was all about enabling local businesses to find out all they need to know about how new technologies are changing the way we work.

The day began with a keynote speech by Bruce Daisley, the head of the European arm of Twitter. In an interesting and informative talk he detailed how he arrived at his current position, and also his opinions on what a productive and healthy workplace should be like.

Bruce was then joined on stage by local business leaders and academics, including Tim Luft, head of former BTC tenants VR Simulation, for a Q&A session.

Later in the day, there was an expo and also workshops for people to benefit from the knowledge of tech-savvy industry professionals. These included Web Development by Nick Carr of Focus Digital and also Smartphone Videos for Business by Stone’s Throw Media.

All in all, it was an extremely informative day and an important way of keeping the region’s businesses informed and engaged with current and future digital technologies.

March 25, 2019 Will Ashworth Bussiness
Previous Next